(4 Stars) A fabulous performance by Glenn Close, but the story is kind of predictable. 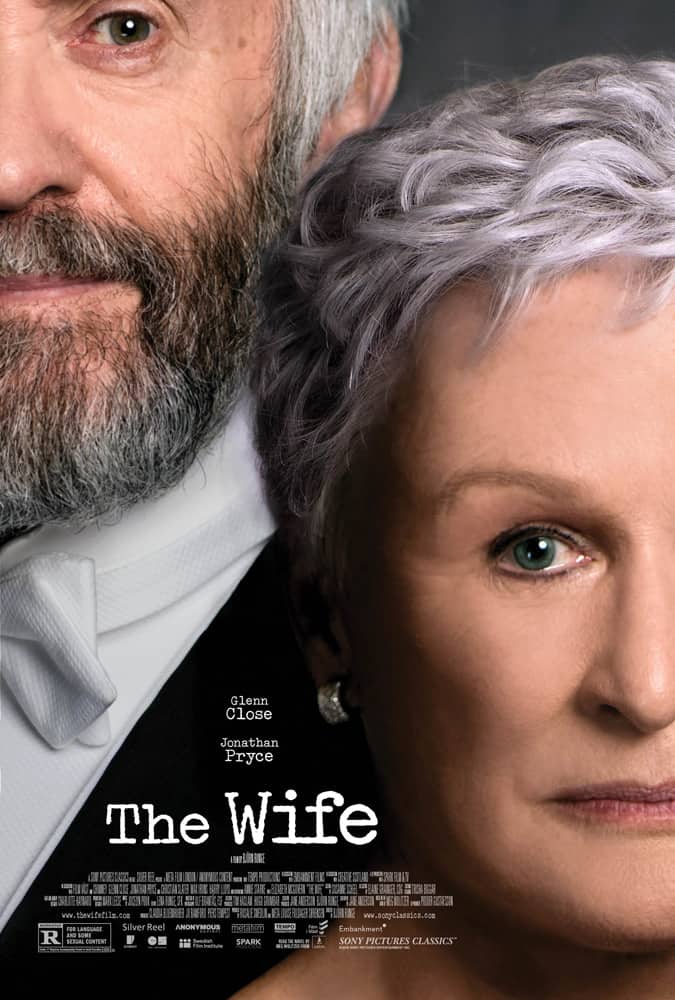 Some of the most interesting Oscar-nominated movies are those that receive just a single nomination. Sure, the leaders in the nomination race, like Roma or The Favourite (each receiving ten nominations), have outstanding qualities across the board and, usually, stimulate both the senses and the mind with artistic expression visually, aurally, and in the stories that they tell. Watching a movie like that can be a little overwhelming as you struggle to separate the various story threads and presentation elements and how they contribute to the total effect.

But then there are the movies that receive recognition in just a single category. Sometimes I call these movies ‘one-shot wonders’ because, while the total package may not be overwhelmingly compelling, there is a single aspect of the movie-making craft where it shines. Viewing such a movie allows me to tease out that special thread and helps me understand the value of that specific skill to the overall magic of making a movie.

The Wife is that kind of movie. It received only a single nomination for Glenn Close in the category of Leading Actress. Watching this movie, I go into the experience with a particular focus – the acting of Glenn Close because, well, that’s the only thing that it got nominated for. (That doesn’t mean that nothing else is worth noting, but it does mean that her acting in this movie was deserving special attention.)

Glenn Close rose to fame with several outstanding performances in the 1980s. She received Oscar nominations for The World According to Garp, The Big Chill, The Natural, Fatal Attraction, and Dangerous Liasons. She received her sixth nomination in 2012 for Albert Nobbs, and then was nominated this year for The Wife. Surprisingly, though, she has never won the Oscar. While Alex in Fatal Attraction might be her most famous role, I might argue that she reaches the pinnacle of her career in this movie. 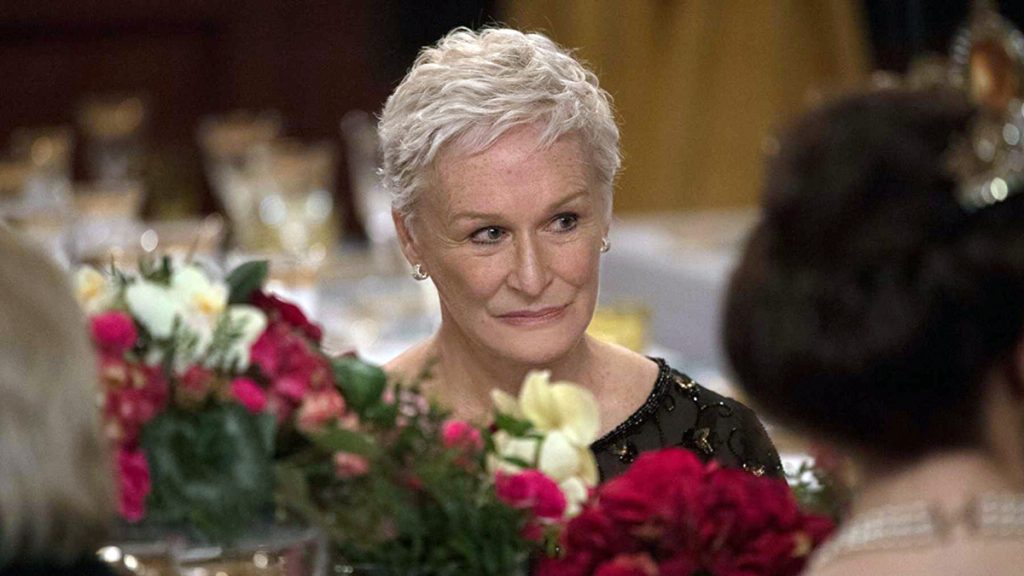 The Wife is a Swedish movie, filmed in Scotland and Sweden; produced in Sweden, and directed by the Swedish director Bjorn Runge. The screenplay was by the British television writer, Jane Anderson, based on a novel, of the same name, by Meg Wolitzer. None of these people have done anything else that I recognize. I can’t even claim that I know of the work of her co-star, Jonathan Pryce, who plays The Husband, Joe Castleman. The movie is, by American standards, a very low-budget production and is by no means a blockbuster, grossing less than $10 million in the United States so far, despite Oscar acclaim.

So, the reason to watch this movie, and you should, is to watch Glenn Close act. Having said that, it isn’t true that the story line is irrelevant. It is about a writer, Joe Castleman, who is awarded the Nobel Prize in Literature in 1992-fictionally. The story begins as he receives the phone call notifying him and inviting him to Stockholm for the ceremonies associated with the award to be held in December. From there, we learn more and more about Joe’s relationship with Joan and how much she supports her husband’s literary efforts. This development includes flashbacks to when they first met – Joe was a new college professor seducing his student, Joan, who would, of course, become his wife, and, we are suggested, much more.

The movie has a mystery feel to it as we increasingly sense that things aren’t quite as they seem. But this developing understanding comes more from Joan’s behavior and her growing sense of unease. As Ken Stables, of Sight and Sound says “The playing is always complex, (Close’s) Joan caring yet irritable, pulsing with damped down fury while her face shines with ambivalent pride…”

By the time we get to the ending, everything makes sense and there is a satisfying conclusion. What makes the movie, though is watching Joan/Close. There is one scene, at the awards dinner where Joe is making his ‘acceptance’ speech. Joan says absolutely nothing, but Close’s facial expressions – the furrows above her eyes, her lips pursing, the darting glances – make for one of the most exciting acting scenes I’ve had the pleasure to see. Watch for this scene and pay attention.

To quote Louise Keller (Urban Cinefile): “Without question, it is Glenn Close’s film; her economy of expression, emotion and delivery are made all the more potent by their understatement.” James Berardinelli of ReelViews concluded “the Wife has modest ambitions and succeeds in fulfilling them. I wish there were more movies like this one.” For Close’s acting alone, I give this movie 4 stars.